Created by Louis V. Aronson in 1886, this company first opened in New York City,
the following year it moved to Newark N.J. And today it 's in Somerset, N.J.

Production of pocket lighters began in 1913 with a lighter called Wonderlighter. The device utilized a newly produced
flint material. The lighter and the others that followed are called Striker lighters. Striker because a wand is struck on a strip of
flint which produces sparks. Ronson next developed and patented the Banjo lighter in 1926. It was an all new "one-motion lighter" or
"Press - it's lit, Release - it's out". This was a pivotal point for Ronson's success. Ronson focused on producing metal wares with
wonderful plated and enamelled finishes. The success of their cigarette lighters shaped the direction of the company and as the Art Deco
movement swept the country in the early 1930's, Ronson was ready with reliable products and trend setting designs. 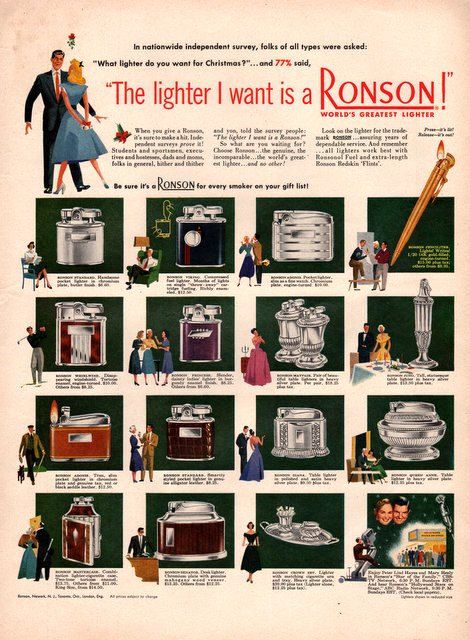 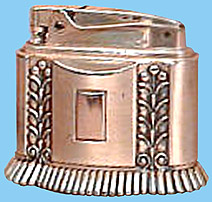 Other Ronson products which may surprise you.