came together for the first Streetfaire,
advertised with a poster by artist David Wills.

In 1979, for
the 2nd Annual Streetfair, a Poster Contest was launched...
My entry was the first winner... 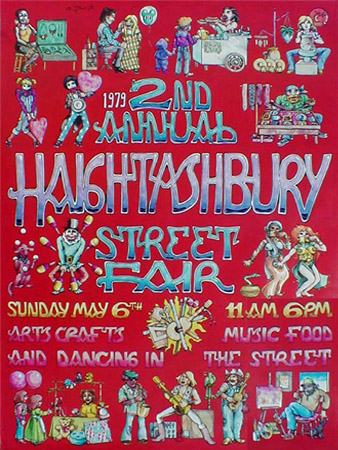 In 1981
for the 4th Annual Streetfair
Volunteers shirt design 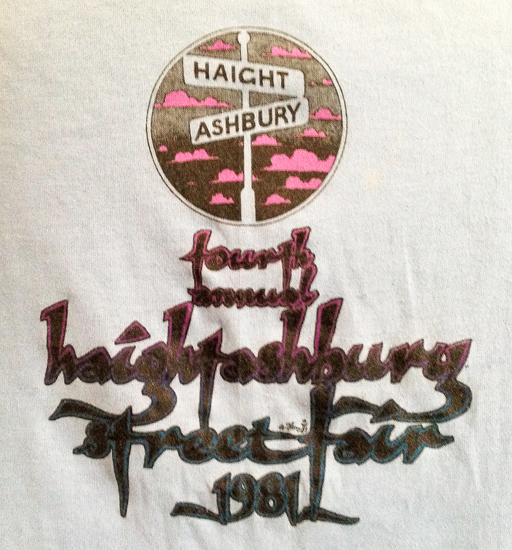 Second design sold at the fair 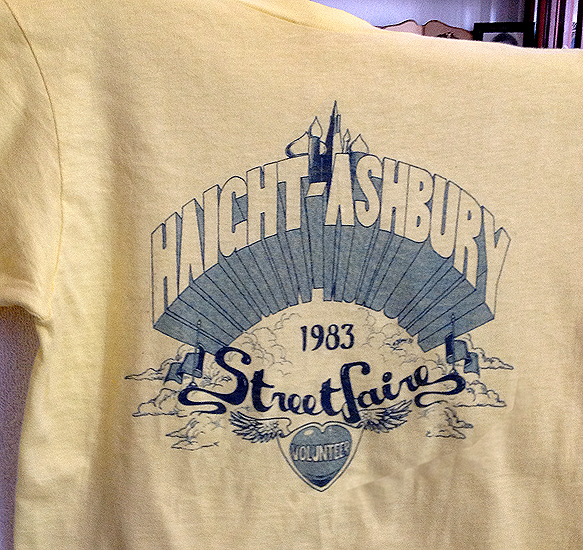 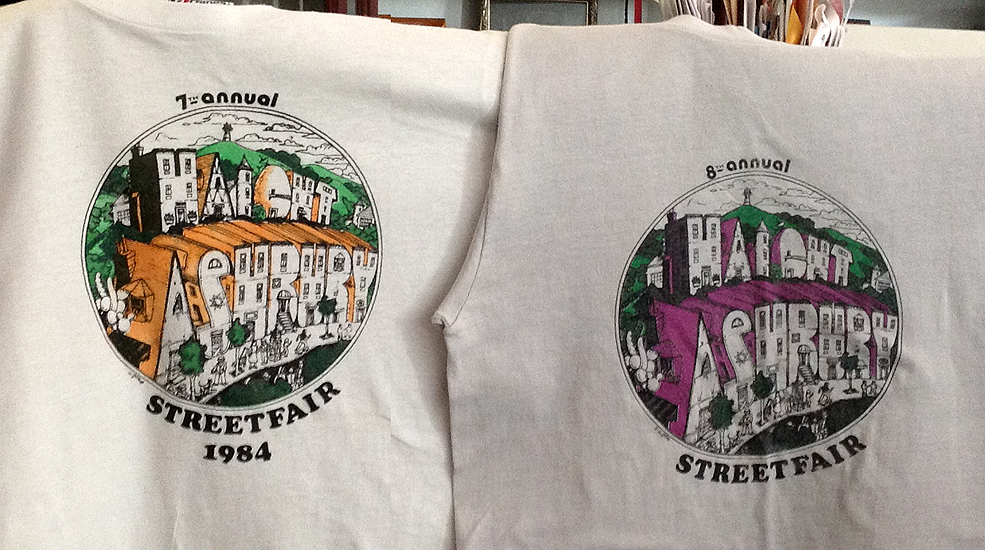 This design is usually printed in a specific color palette for the volunteers t-shirts (people helping the day of the fair).
It is available for sale in it's full-color glory at the Streetfair booth at Haight and Ashbury, every year the day of the fair
and on their website. Available also at Haight Ashbury T-Shirts - 1500 Haight Street. 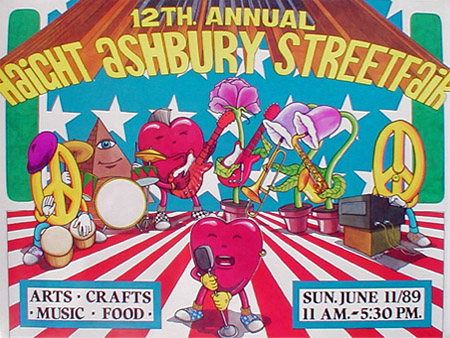 In 1996
I entered the Contest with a computer-generated collage: 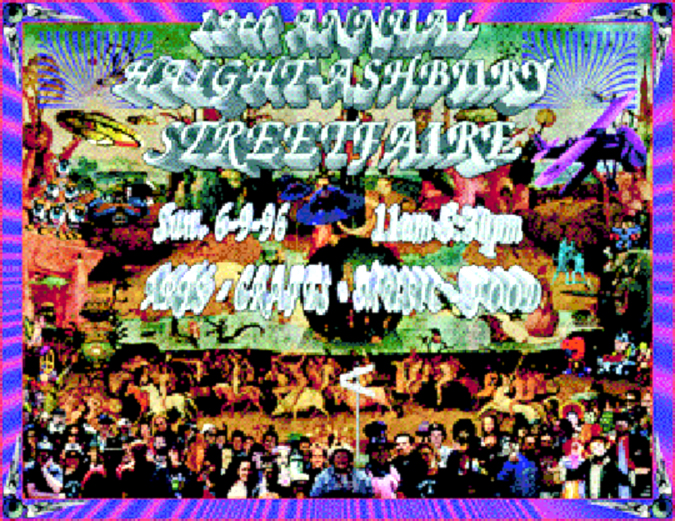 A Hieronimus Bosch background plastered with photos of everybody involved in the
development and continued functioning of the fair, plus cultural, pop and cartoon icons...
and 3-D lettering, one of my favorites (I think of it as my version of the Sgt. Pepper
album cover)... too bad it didn't win... 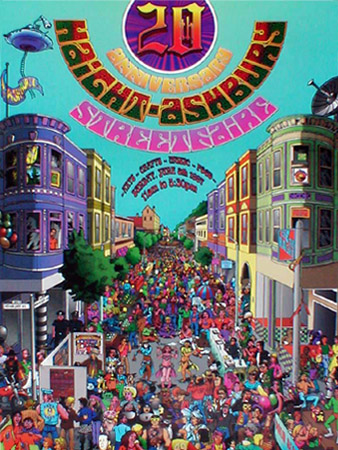 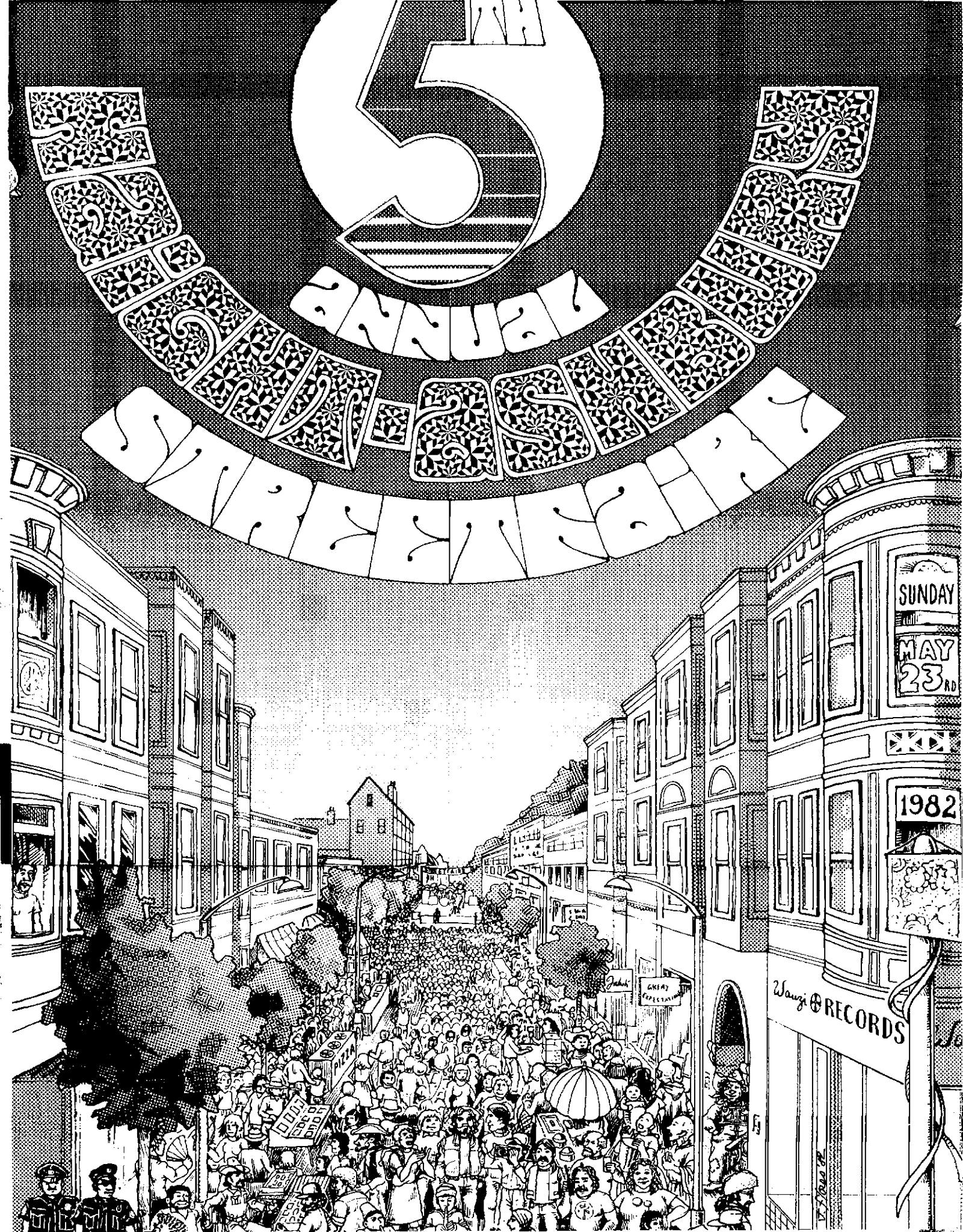 my fourth and last contest winner: the 20th Anniversary poster,
(which I originally designed in 1982 as a Fifth Annual Poster, a black & white image
that I subsequently scanned, colorised and manipulated to include a small
caricature of myself and my previous winning posters (in one of the booths in the scene) and more......

The Streetfaire also sold the 20th poster printed on t-shirts. 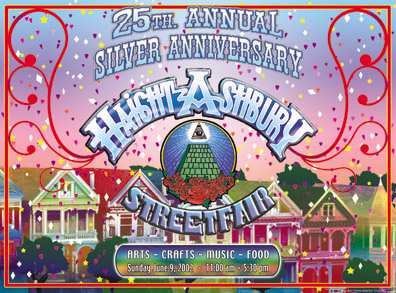 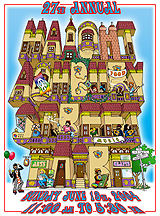 also made the finalists.

Poster designed for the 2007 contest but not entered: 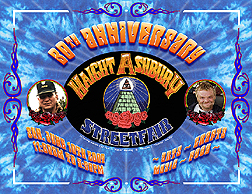 My entry for the 2008 Poster Contest: 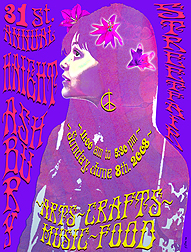 Back to welcome page